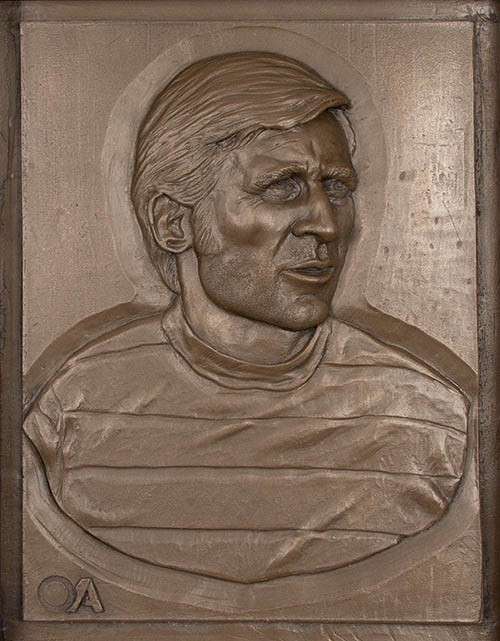 The legendary Glasgow Celtic captain; Billy McNeill. Billy was the first British footballer ever to lift the European Cup when he captained Glasgow Celtic "Lisbon Lions" to European Cup victory in 1967. He retired as a player in 1975 after 790 appearances for Celtic, in which he played every minute, never having been substituted. He won 29 caps for Scotland. This artwork is a limited world wide edition of 50 pieces. Each piece is cast and detailed by hand. The artwork comes with certification of its number in the series of 50. This artwork has approximate dimensions of; frame - 46cm x 40cm and cast - 32cm x 26cm.